Today is Yom Hashoah, a day commemorating those who perished in the Holocaust and honoring those who survived. Today’s news sites carried a story about a recent survey commissioned by the Conference on Jewish Material Claims Against Germany. According to the study, 41 percent of Americans —-and 66 percent of millennials—- did not know what Auschwitz was.

The failure of respondents to identify Auschwitz as a concentration camp where the Nazis murdered over a million people, calls to mind a photograph from our book Six Million Paper Clips: The Making of a Children's Holocaust Memorial. The photo shows a construction paper and paint replica of the gates at the entryway at Auschwitz. 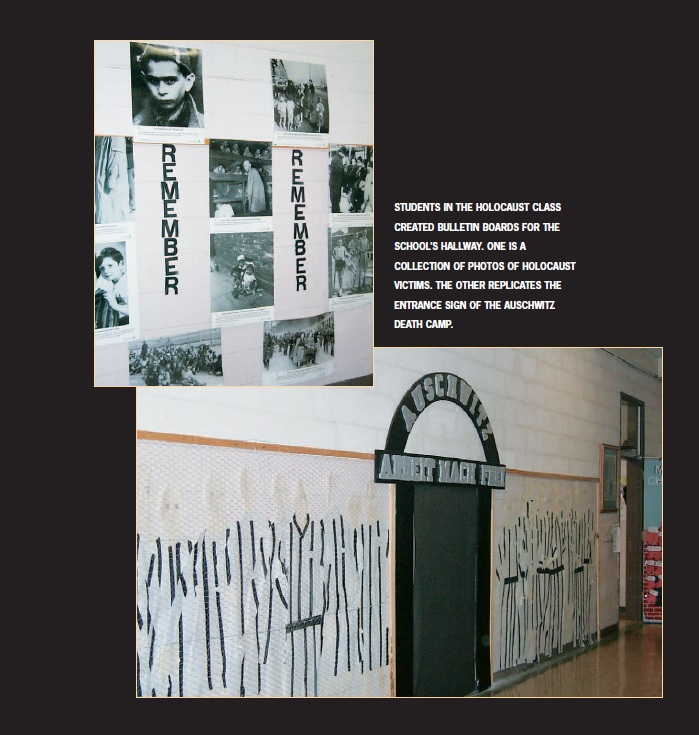 What is astonishing about this photograph – and this tiny school in Whitwell, Tennessee which has no Jewish community - is that it shows how the teachers and students took responsibility for learning about the Shoah in a bold, visual and personal way. Can you imagine walking down this school corridor and seeing these visuals? Can you imagine how it changed the students? The world needs “upstanders,” both Jews and non-Jews, willing to take personal responsibility to know and to remember. 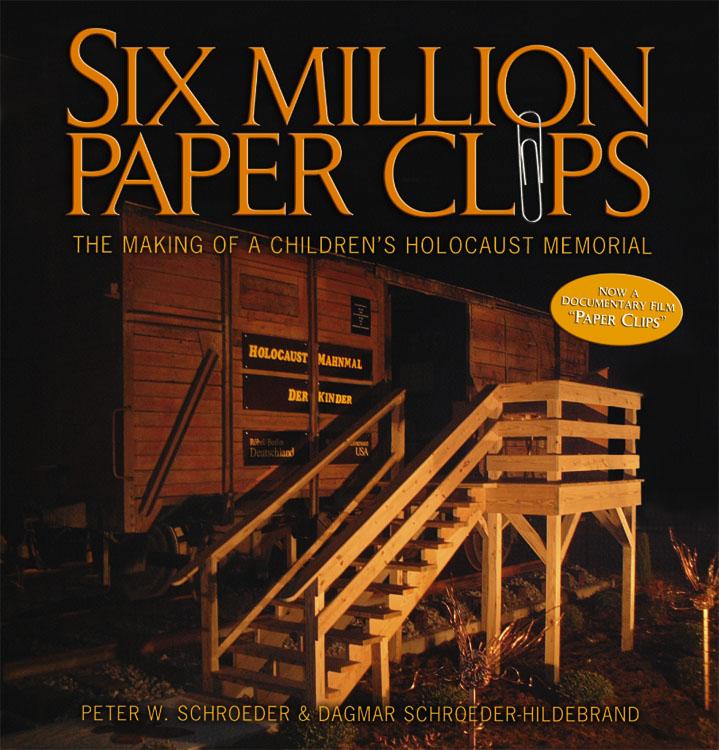 The book tells the story of how a class aimed at teaching diversity at Whitwell Middle School snowballed into an international effort to create a Holocaust memorial.

At the first class, Sandra [an eighth-grade language arts teacher] introduced the subject of the Holocaust."Some 70 years ago, the leader of the Nazi Party, Adolf Hitler, became head of the German government. He hated Jews and blamed them for all the ills of the German society. He ordered that they be punished. The punishment began with laws that restricted the rights of Jews. Later the Jews were herded into ghettos, transported to concentration camps, and forced to work as slave laborers. In the end, the punishment, over and over again, was death."

The students in the Holocaust class looked at their teacher in disbelief. "You are joking," one girl said, "and you shouldn't joke about murder."

Sandra Roberts was concerned how her pupils would react when she told them that the Nazis planned to wipe out the Jewish race completely. "They didn't just murder a few Jews here and there," she told her students. "The Nazis murdered six million Jews. And between one and two million of these victims were children. Children like you."

There was an eerie silence in the classroom. The students looked at their teacher without any emotion. "Didn't they hear what I told them?" she asked herself. She repeated, "The Nazis murdered six million Jews."

Finally, one girl raised her hand. "This sounds awful, really awful, Ms. Roberts, but what on earth is six million?"

"Yeah, how much is it?" echoed a classmate. "I can't imagine a number as large as six million."

"I can't either," Sandra admitted. "Any suggestions?"

"We could collect six million of something and pile it up," one boy proposed.

"Good idea," said someone else. "But what should we collect?"

Everyone had a different idea. Buttons and pennies were suggested. But none seemed realistic.

"What about collecting paper clips?" one student asked.

So the Holocaust class of the Whitwell Middle School began to collect six million paper clips...

Learn how this project unfolded into a public memorial that still continues to educate and inspire people. 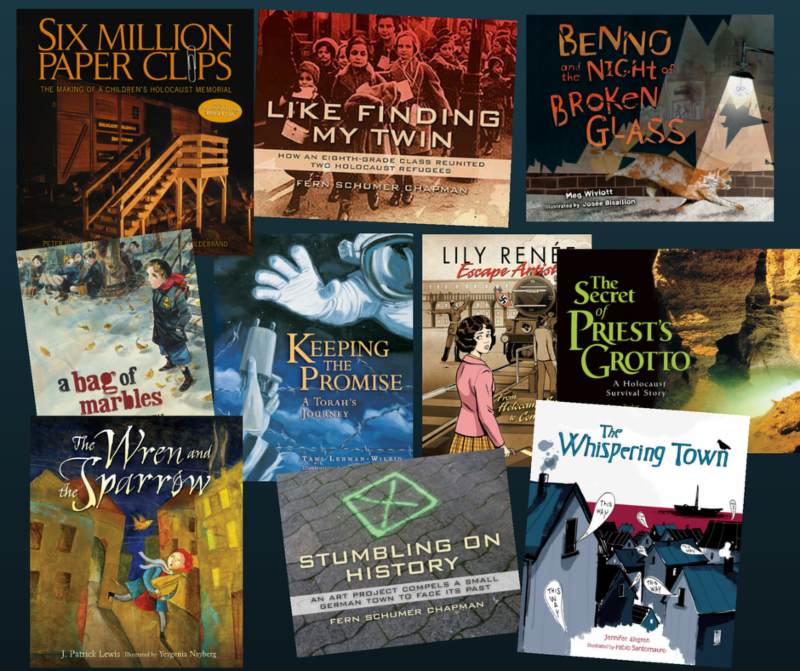 Find books for learning and teaching about the Holocaust.