After making aliyah to Israel, Aravah’s parents settled in Kaditah, near the mystical city of Tzfat. It resonated with Allison just how deeply the Jewish holidays are rooted in the seasons and the rhythm of the natural world in that land. She wrote her Nature in Israel series to feature her young daughter, Aravah, with all the books photographed by Eliyahu Alpern.

Cheesecake for Shavuot begins, not in early summer, but in the fall, when Aravah and her school friends plant wheat they will watch grow until the spring. They take the gleanings from their harvested wheat to feed some local goats, who give them fresh milk in return. After grinding the wheat into flour and picking a few strawberries from the garden, they have all the ingredients for a cheesecake.

Harvest of Light, the Hanukkah book in the series, begins, not in the winter, but in spring when the olive trees begin to blossom. The olives won’t be ready to be picked for making oil until after Sukkot, once the first rains fall. When the olives have been picked, cleaned, and pressed into oil, Aravah and her family will use the oil to light their menorah. And to eat with some pita, yum!

Aravah, the little girl from her mom’s Nature in Israel series is preparing for university, where she hopes to become a physical therapist. Kar-Ben wishes you the best of luck, Aravah, and thank you for sharing a part of your childhood with all of us. 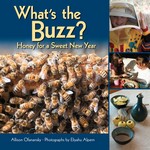 Harvest of Light
Buy the eBook
Print Book Not Available 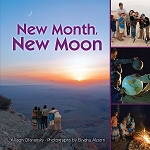 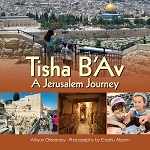 Tisha B'Av: A Jerusalem Journey
Select Options
Welcome to Kar-Ben's blog, a place for ideas and activities to inspire, entertain and educate young readers and their families.