Behind the Scenes: The Book of Secrets part 3

Mat Tonti explores the world of Jewish folklore in his graphic novel, The Book of Secrets. Each story is connected through Ben and Rose's quest to find their missing grandparents, but how did Mat Tonti decide which stories to use? Read through part 3, the final stories of Ben's and Rose's epic quest.

As I was reading through hundreds of stories to find the ones to include, I did not expect to select a Franz Kafka story. Known for being dark, I consider this story to be the darkest story in the book. And yet, it felt right to include it. There were so many elements that were reflected in the other tales that I had already selected. There was a king, there was a journey, and there was that question of choice/fate. I considered this story to be a cautionary tale of what happens when our choice is to not make a choice.

The Rambam, a famous rabbi from 10th century Spain, has a similar story where a person goes to see the king and encounters a maze. This person enters the maze and faces dangers and twists and turns, until finally, they reach the king. Out of breath, the person recounts the tale to the king of how hard the journey through the maze was. The king remarks “There is no maze,” at which point the person turns around to see that in fact the king was correct. The maze was just an illusion, only inside of their head.

Though, not in the original, I added the traveler duping the guard and running into the maze only to finally be pulled into a deep pit was not in the original story. In the end, we find the conclusion to the cautionary tale is clear: nothing attempted means nothing gained. Fear will stop us if we let it.

The Book Of Secrets 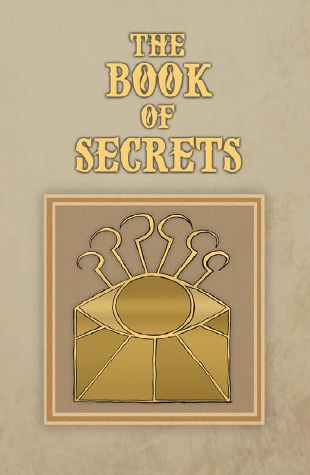 When I came up with a book of stories I knew that I wanted them to all tie together in a single narrative, but I wasn’t sure how. One idea was to have them as part of a book being read by others, thus giving birth to the frame story of Ben and Rose. I, also, knew I wanted to have the Doughlem wander through each story, sometimes clearly revealed, and sometimes hidden.

As I researched, I discovered that the midrash speaks of a book, or a scroll that was given to Adam. It is called a chain-story demonstrating how a tradition has been passed down link by link, generation by generation, from its beginning until now. I am a link in the chain of Jewish tradition and “The Book of Secrets” is one way that I have made the tradition my own in order to pass it to the next generation, which is you, the reader. 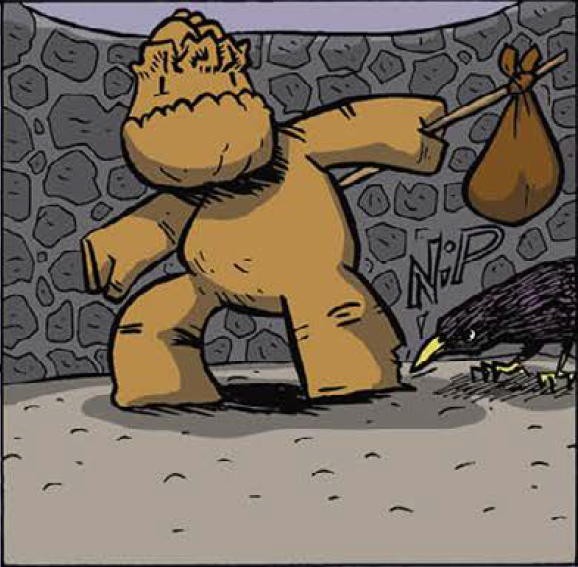 What is the Doughlem? How did it come about? Well, in Jewish lore, the Doughlem is one of the most famous mythical creatures. There are many great books that portray the creation of the Golem, a being made of mud and brought to life as a protector. Inevitably, this creature grows too powerful and cannot control itself, and must be destroyed. I was making Challah with a student one day, and as we were kneading the dough, I started telling her the story of the Golem. As I finished the story, she pinched the letters EMET into the dough. It was at that moment that the name Doughlem popped into my head. How cute, I thought. A Golem made out of bread dough. From there, it became sketches in my sketchbook for many years. Originally, it was going to be the character of a picture book. It was a graffiti stencil that I threw up around Jerusalem, as well as a series of stickers that I made by hand and posted up around the city. Finally, when I created my first story for “The Book of Secrets”, The Tainted Grain, the first character I drew was the Doughlem. It had found a home in these stories, so I could finally share it with the world.