A MODEL OF LEARNING: Drop by Drop: A Story of Rabbi Akiva

I have a Master’s Degree in Library Science. For twenty years I worked as a librarian/teacher in a variety of settings, both public and private. I also served as a synagogue librarian and led preschool story times. During those years, I had the great privilege of watching children learn, and shared their excitement over newfound abilities.

To read, the mind must make meaning from symbols. The letter “A” represents a particular sound. That sound combines with other sounds to become a word. The process is not easy, and for many children, reading must be broken down into discrete parts before it can be mastered.

When my students were having difficulty, I would sometimes tell them to do what they could and skip what they couldn’t. In other words, deal with challenges later. This is particularly useful in test taking. If you answer what you know first, you build confidence. Questions that take a little more thought can be revisited at the end. The same goes for reading. If you know most of the words, read them. A single unknown word may be understood within the context of the sentence.

Sometimes children and even adults become paralyzed by what they don’t know. An unfamiliar word or concept can be like a stop light, holding them in place. Stories of how others overcame self-doubt can be motivating.

My background in education and working with children drew me to the story of Rabbi Akiva, the Talmudic sage who learned to read at age 40. An illiterate shepherd, Akiva was encouraged by his wife, Rachel, who firmly believed he could become a respected scholar.

“Nothing is beyond you,” Rachel tells her husband. 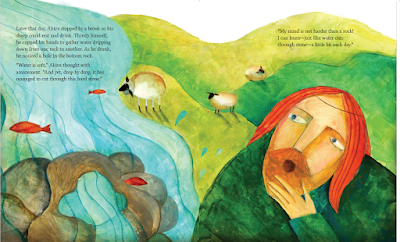 Akiva still questions. “What if I can’t learn? What if my brain is hard like a stone and can’t absorb new ideas?”

As a teacher, I encountered many boys and girls who doubted themselves. It is easy to become discouraged, to believe that a task is too big for your abilities. In Drop by Drop: A Story of Rabbi Akiva, Akiva observes a phenomenon in nature. He sees how water slowly erodes stone. It brings him to an exciting conclusion. “My mind is not harder than a rock! I can learn—just like water cuts through stone—a little bit each day.” 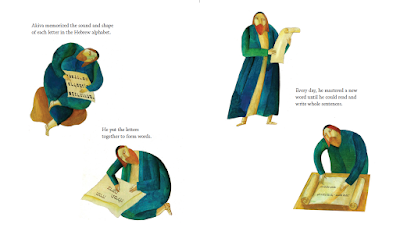 And so Akiva begins to study. First he memorizes the sound and shape of each letter in the Hebrew alphabet. Then he puts the letters together to form words. Every day, he masters a new word until he can read and write whole sentences.

Later, when Akiva goes to the yeshiva, he studies Torah in the same way, learning one law at a time, breaking the dense and difficult text into individual pieces. In the end, a man who could not read or write becomes a wise rabbi followed by thousands of students. 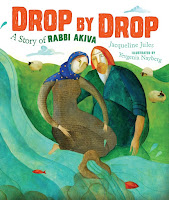 I hope that after reading Drop by Drop: A Story of Rabbi Akiva, children will draw parallels with their own struggles to learn. The acquisition of new skills requires persistence. Complicated subjects should be tackled in small pieces over time. Little by little, like water carves through stone, we can achieve any goal.

Jacqueline Jules is the award-winning author of 40 books for young readers including three Sydney Taylor Honor Award winners, Sarah Laughs, Benjamin and the Silver Goblet, and Never Say a Mean Word Again. Ten of her picture books have been featured as PJ Library selections. Visit www.jacquelinejules.com